A Cinematic Decline: The Rise of Online Streaming Platforms 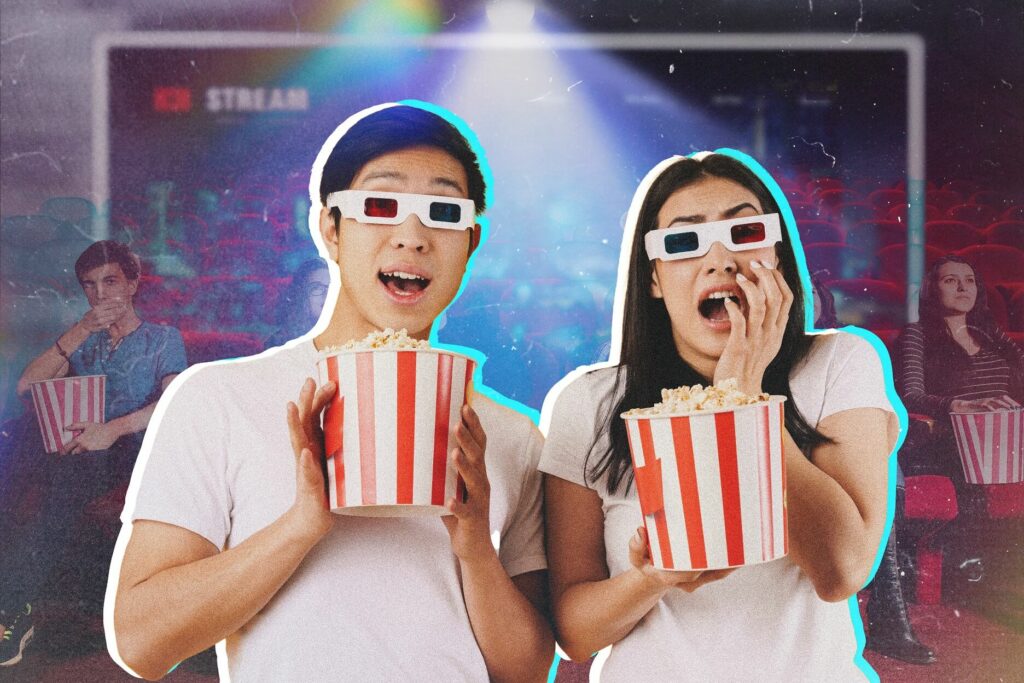 Watching a movie used to be an entire process of going to the cinema, purchasing a ticket, getting popcorn, and sitting in an immersive theater room. Nowadays, it only involves opening whatever digital device you have and streaming from anywhere.

The film industry is no stranger to significant changes happening every few years. As technology continues to progress, so do production practices. There was a point in time where there were no sounds or coloring in movies. Or how about the only way you could watch was either catching it in the cinemas or through VHS/ CD releases?

Back then, it was hard to imagine that you could watch virtually anything in the palm of your hands. Now, it’s hard to even push yourself to go through all the trouble of going to a mall just to watch a movie. Watching a film is no longer a special activity. It can now just be treated as watching just another YouTube video.

It’s easy to point out that the COVID-19 pandemic was to blame for the shift of viewership to move towards online streaming but that’s not necessarily the case. Media streaming platforms have always been gaining popularity even before the lovely year of 2020 hit.

Netflix, Disney Plus, and HBO Max are just some of the countless services that were already hitting the ground running long before we told ourselves that binge-watching started because we all got forced to stay at home. We’ve always been watching wherever it may be convenient for us. All the pandemic did was emphasize that.

I remember speaking to a local filmmaker and asked about how their production company is doing. Note that this is someone who is well-known in the industry and has made some of my favorite local films. He mentioned that as soon as the pandemic hit, everything stopped. No studio wanted to invest in the film industry. Theaters were closed. How would they earn a  profit?

Movies aren’t cheap to make. It’s not unusual for the average budget to be around the $50 to a $100 million mark. Nowadays, it takes a village (or more) to even get around to making a full feature length film. It’s an effort that can last months if not years before a final cut is made.

Unless you’re Disney, Marvel, or any other recognizable studio with popular IPs, showing your film in the cinemas is a highly risky endeavor. Marketing and distribution costs have to be taken into consideration as well as the cut theaters will take from all the ticket sales. While it may only be around ten to 20 percent, it’s still lost revenue for the studios themselves.

At the end of the day, the goal of every film release is to make a profit. Having a physical screening can only do so much as theaters can only provide limited shows. The filmmaker I mentioned? They said the reason why their production company is primarily doing TV shows now is because streaming is the most attractive business model for the local film industry.

Online streaming is convenient, portable, affordable, and highly accessible. It barely consumes any data, any standard WiFi connection can stream at a relatively stable manner, and the consumer always has a wide variety of shows and movies to choose from.

Nowadays, I go to the cinemas and see that ticket prices are now valued at seven to ten dollars. Grabbing popcorn and drinks will cost around three to four dollars. I haven’t even mentioned transportation fees and the parking ticket when I get home. On average, I’d be spending around $20-25 just to see one film.

I looked at my fees for an online streaming platform and it cost me around $45 for a whole year’s access. That’s hundreds of films and thousands of TV episodes all for the price of maybe two physical movie screenings. There is no question about which one is the more economically friendly choice.

The physical theater experience is still something I hold in a high regard. As a former student filmmaker, theater performer, and avid film nerd, nothing beats the feeling of walking into a dark cold cinema and fully immersing yourself until the last few words in the credits roll out of the screen. But, I can’t deny just how much online streaming has also saved me so much time, money, and energy.

As we mentioned in our LinkedIn poll, over 98 percent of internet users aged 16-64 are using a video streaming subscription service in the Philippines as of April 2022. If you’re reading this, chances are that you’re part of that as well.

While there are still filmmakers out there like Christopher Nolan, James Cameron, Quentin Tarantino, and Martin Scorsese (who has openly criticized how online streaming has hurt the film industry despite making a feature for Netflix himself) who will forever and always be championing the physical theater experience, there’s no denying that the shift to digital cinema is going strong.

M2.0 Communications is a public relations company helping brands and businesses stand out and engage their audience through data-driven narratives. We offer a range of services including pr advisory, digital marketing, influencer strategy, crisis communication, stakeholder management, and media training. As one of the top pr agencies in the Philippines, we ensure that our storytelling strategies adopt an evidence-based approach.
Head over to our case studies page to learn more about how our communications agency helped businesses and government partners achieve their goals.
Send us a message today